We came from the north. As we approached Miami, the pilot said something about the weather while swerving to miss storm cells. A few hours later, after we had landed, the downpour started in earnest. The rain was heavy, the sky black. It was a big storm; actually it was the first tropical storm of the 2014 Atlantic Hurricane season. It later strengthened to become Hurricane Arthur and it was tracking northward. Hurricanes often follow the Gulf Stream current and affect the Maritime region of Canada where we live. But this one was going for the jugular; our town was right in the middle of its path. There were a slew of warnings posted on the Environment Canada website, tropical storm, rainfall, wind, special weather statement, and a tropical cyclone information statement. We followed the evolution of Arthur and worried for our house. At the last moment the storm veered left and the town where we live got a good soaking but not the anticipated deluge. It was pretty amazing to arrive in Florida just in time to witness the birth of a storm that slowly moved northward to die almost outside of our doorstep. It was a reminder of the interconnectedness of all things.

We are here to do a soundwalk project; fictional stories, voices, swamp recordings. It is this concept of interconnectness that is calling for our attention. We are looking at the connections between: the Everglades National Park geography and its inhabitants; those living close to its borders; and those, like ourselves, who come here to commune with the environment. We recognize that ecologically speaking, our understanding and experience of the Everglades is a relatively short moment in time. As we research through the networks and components that is the Everglades, we try to understand something of where it all sits in the grand scheme of things.

Upon arriving, the first thing that we did was to try to visualize the park, to construct a mental chart of what exists where. In the first few days we covered as much ground as we could, recording ambient sound, the weather, and the insects. The mosquitos hit the shotgun mic with anger. We saw sunrises, sunsets, walked in the warm waters of the slough at Pa-Hay-Okee, attempted to hike among the mangroves at Christian Point Trail, immersed ourselves in the song of crickets, frogs, of rustling in the bush, of movement in the trees.

The type of collaboration that we do is diverse. We have been collaborating for over twenty years on many projects. Often we work within a framework that allows for individual sensitivities to bubble to the surface, this is the case with our Everglades project. As we go out on hikes and explorations we experience the same location but from two different perspectives. Our individual takes are like stones thrown into a lake; the ripples of both, the points on intersections lie where the waves combine. That is often the place of creation.

Soon after arriving, we realized that we were in a world of layers. That we would have to see through the mosquito layer, the mosquito net layer, the humidity layer, the heat stress layer and the DEET layer. Every task becomes monumental, every clap of thunder, every raindrop intensifies, maximizes the experience.

We quickly learned to operate in the environment, to be there. Because audio recording demands silence and stillness, it is an obvious target for the hordes of skitters. In the spirit of adaptation, Valerie developed a Tai-Chi-like series of movements to repel them away from the microphone pickup area. This slow motioned waving of blue rubber gloved hands became the symbol of a certain level of peace.

Of all the layers present within the Park, it is the human presence that has become the focus of our work. Whether it is the recently abandoned Chekika Day Use Area, the HM69 Nike Missile Base, the shell mounds of the Calusa Indians on Sandfly Island or the Deer Pen ruins near Paradise Key, all of these traces reveal something about human interventions in this place. Trace elements become covered, overgrown, eaten or corroded as plants, animals and climate reclaim. Sites can be seen as momento mori, reminders of mortality, but they are also reverberations of life. 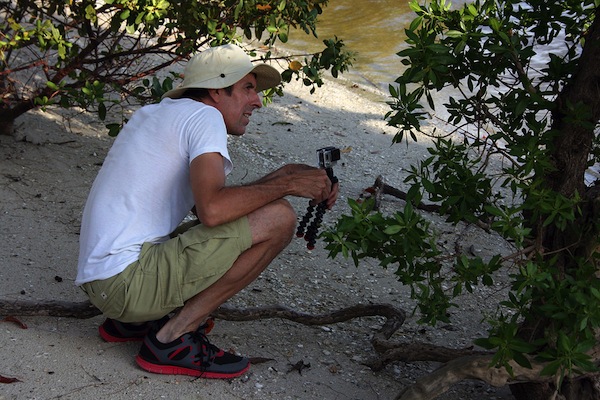 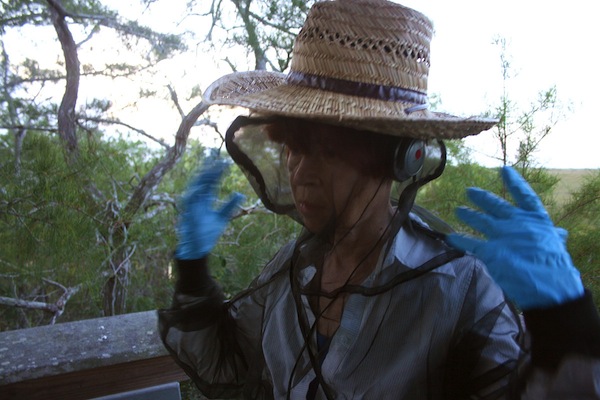 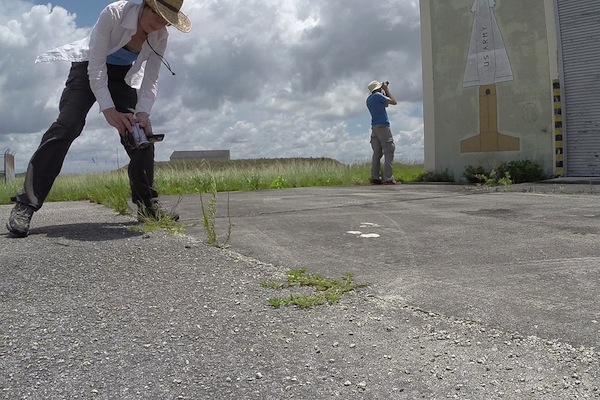 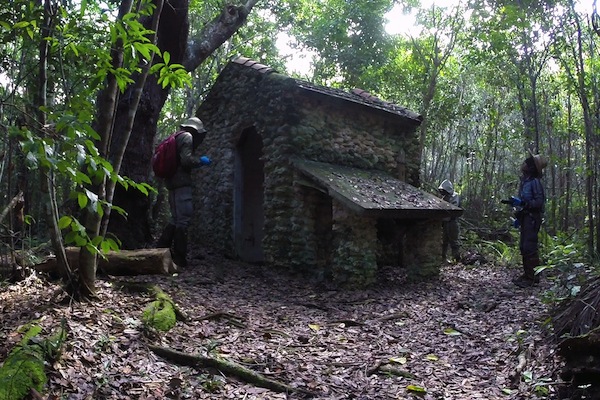